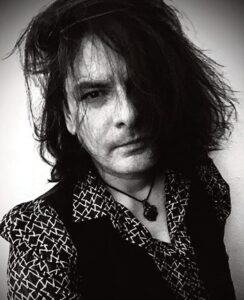 A native New Yorker from Woodside, Victor Vye runs and operates his own company, Steelcore Records. His independent label maintains a DIY spirit and spontaneous creative attitude. Victor showcases his talent as a musician and as a certified audio engineer from the Institute of Audio Research by working on this entrepreneurial adventure.

He has released two full-length albums – They Fly Now in 2021, and Rock Salt Sail in 2022. These feature songs inspired by the urban experience in his familiar lively surroundings. He is currently working on a third album for spring 2023, and plans to continue producing music and multimedia content.

Victor previously worked live sound at several local music venues around Manhattan. He also put together BerlinNYC, an alternative multi-DJ and band nightclub event in Sunnyside and Long Island City. You can catch him performing live on drums with the band Hyperdolls, or playing guitar with Lost In Echoes. His steelcorenyc.com website has more information. 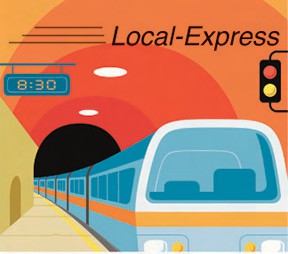 NB: Other than the amazing diversity, what do you love most about living in Queens?

VV: I love that Woodside is the geographical center of New York City. Queens is still laid back and not too far from Midtown Manhattan. It’s also easy to get to the airports.

NB: What are some of your favorite places to be inspired in Queens?

VV: The pathways along the waterfront in Gantry Plaza, Long Island City. It has a beautiful skyline view, and they really built up that area. Riding the bike trails in Forest Park is also very relaxing as a mini getaway.

NB: What advice do you have for readers who are hoping to make their first album?

VV: It’s good practice to have pen and paper or a voice recording app handy, you’ll be waking up with tunes in mind. Keep all of it, sound clips and lyric notes will eventually find a spot somewhere. Recordings don’t have to be perfect, they capture a moment, a feeling. After that, an artist needs to decide whether to record at home or at a studio. There is plenty of distribution nowadays and with an online presence it’s easy to gain a following.

NB: How important is daily practice as a musician?

VV: I tend to concentrate on song structure so I don’t strive to be the ultimate technical player. I would say I don’t practice daily, but then again I focus on different instruments and mix things up. One day I’ll be on bass or guitar, on other days drums or keys. I actually want to get a banjo, I enjoy Steve Martin & Edie Brickell’s material. I’d say learn how to improvise, it’ll carry you through any musical situation.

NB: What is the best piece of advice you’ve ever received? What is something you wish you knew a decade ago?

VV: It’s best to turn down the volume when necessary, in a live scenario or mixing a song. I’ve been in many rehearsals where everyone keeps cranking up and it’s awful. I wish I knew that it wasn’t impossible to produce and publish on your own. Artists always feel the need to be on major labels but the music industry has been changing for decades. The landscape definitely favors being independent now, if you have a good game plan.

NB: Who are some of your favorite musicians with a Queens connection?

VV: KISS knows how to rock out a show as well as promote their brand, the Ramones are fun and gritty, Blondie has a good pop sensibility to their punk style. I remember meeting Debbie (Harry) and Chris (Stein) at Club Mother in the Meatpacking District, where Debbie would hang out often. I was working the live sound board for one of their private performances. I couldn’t believe it, accommodating them for the small intimate show is a nice memory. Oh, and John Williams is another favorite since I’m a big Star Wars fan. That film score made an impression on me hearing it at the Ziegfeld Theatre on 54th Street in ’77.

NB: What are your favorite venues to perform in Queens?

VV: Blackthorn51 was an amazing live music venue with a fantastic sound system right here in Woodside – I hope Nicki Camp can reopen again. Recent stages aren’t in Queens such as Arlene’s Grocery, Heaven Can Wait, and Lucky 13 – those are great places. Jeff and Melody are doing well in Brooklyn; who doesn’t like heavy metal karaoke Tuesdays! Over the years many have closed, but I remember playing with my previous bands at Limelight, CBGB’s, and the Pyramid, and I hear a new rock venue will be opening on Avenue A called Bakers Fall. Hopefully I’ll get to play there.

NB: What makes a song complete or good enough to perform?

VV: I think a song is ready when it doesn’t feel over-layered and flows. Don’t worry about making mistakes live. I remember filling in on a bill once with only a few days beforehand because a spot opened. I continued with my lyric sheets and made mistakes on stage but the crowd cheered on due to the circumstances. Besides, anything can happen, even equipment failure, so it’s about having fun and being entertaining.

NB: Do you work on music and Steelcore Records full time or do you have another occupation?

VV: Steelcore Records is my personal label that I do on the side. I’m working full time as a graphic designer at Dale Pro Audio, located in Jamaica, so I’m still in the audio industry. They are a leading supplier of high-end professional audio equipment for broadcast, live sound, installation, and recording studios. I’m a recording engineer and graduate of the Institute of Audio Research, which was in Greenwich Village, and I feel it’s a good fit. Valerie and Michael Lager, owners of the company, are amazing and the staff is wonderful.

NB: Do you have any upcoming events or projects to share with our readers?

VV: I’m working on another solo album aimed for a spring or summer release. My goal is to put one out every year, just for my own sake. I’m always humming and recording riffs so why not. I’m also currently in Hyperdolls as the live drummer and we all cowrite songs. We’ll be performing covers and originals on Saturday, February 18 at Bowery Electric, as an opening act for Mickey Leigh’s Mutated Music. I’m excited to be sharing the stage with Joey Ramones’ brother.

This column was originated in July 2013 by Nicollette Barsamian.