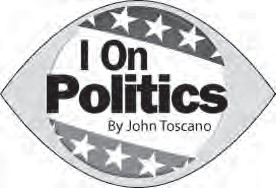 A federal judge who refused to order the state senate to reinstate Hiram Monserrate said, in effect, that the choice of representative should be left up to 13th senate district voters.

That’s probably what will happen on March 16, the day set by Governor David Paterson for a special election necessitated when the state senate booted Monserrate out of office several weeks ago.

Yesterday, Monserrate removed all doubt that he would run for the 13th district seat that was taken away from him as he announced formally that he would run under the party label “Yes We Can”, “Si Se Pueda” in Spanish. He said a “dedicated group of volunteers” had already collected more than 5,000 signature (3,000 are needed) to get him on the ballot.

“I am committed, as I have always been, to defend the rights of the voters and never allowed their vote to be disenfranchised. The amount of community support during the past six days proves that voters in this district know who best represents them independently from party bosses, political hacks and Albany insiders,” Monserrate said. 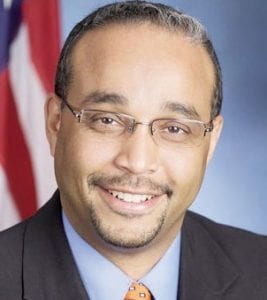 Assembly district partly overlaps the 13th senate district, had already announced he would run for the senate seat. Queens Republican Party officials, their organization has decided to back longtime Jackson Heights Democratic leader and former City Councilmember Helen Sears in the special election on the Republican line. Monserrate announced formally that he would run under the party label “Yes We Can”.

Assemblymember Jose Peralta, whose Assembly district partly overlaps the 13th senate district, had already announced he would run for the senate seat. He has been endorsed by the Queens Democratic Party organization in the special election.

But that doesn’t seem to be all that has to be said about that event, which is only 20 days away.

There’s more to the story. According to Queens Republican Party officials, their organization has decided to back longtime Jackson Heights Democratic leader and former City Councilmember Helen Sears in the special election on the Republican line.

Sears, who was trounced by Daniel Dromm in her re-election bid last November after many of her longtime Democratic supporters decided to back the New York City public schoolteacher in that race, could not be reached for comment on her decision to run on the GOP line. 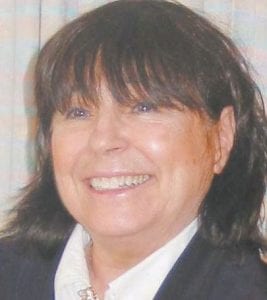 “We met with her and discussed the possibility of her running as our candidate, and eventually we endorsed her,” Tabone said.

“We think she thinks that our county should be represented by someone with a clean background,” Tabone added, recalling Sears’ two-terms in the council and the problems that eventually led to Monserrate’s ouster from the senate.

If all three make it to the ballot, Sears’ presence could make a difference in the outcome, presuming she might draw votes away from Peralta, the county Dem candidate, while Peralta and Monserrate battle for the Hispanic vote. But Sears’ chances as a renegade Democrat running on the Republican line would appear to be very slim.

The county Dems’ endorsement announcement hailed Peralta as a “strong voice” needed now and cited his Assembly record as being “distinguished as a voice for hard working families”, a fighter for quality education and a supporter of small businesses.

Thompson’s endorsement followed those same lines. He also saluted Peralta as one who “will restore stability to the 13th District”. The district includes Jackson Heights, Corona, Elmhurst and East Elmhurst.

Meanwhile, Peralta issued a statement regarding Monserrate’s failed attempt in federal court saying the decision “reinforces the state senate’s action to expel Monserrate, a convicted domestic abuser, who is not fit to serve in elected office. No one is above the law, and on March 16 the people in the 13th senate district will let their voices be heard,” he concluded.

Monserrate and Sears did not return our calls for comment.

However Bart Haggerty, who has worked in Michael Bloomberg’s mayoral campaigns, said in papers filed with the city Board of Elections that he was the elected party chairman.

Tabone, speaking of the party caucus which reelected Ragusa, said, “We won, 61-39, and even if Haggerty claims we used a voting system which made him the winner, he’s wrong again because even under that system, Ragusa won, 55-45.”

Tabone said he doubts anything can come from Haggerty’s objection to the outcome because the Forest Hills GOPer has thus far not gone into any court to pursue a claim of winning.

John Haggerty, also of Forest Hills, was supposed to use the $750,000 to set up an extensive Election Day operation to get out the vote for Bloomberg. But he has steadfastly refused to account for how the funds were spent, or even if they were or were not spent.

There’s been no comment from the mayor, but Vance acting on press reports that the funds are not accounted for, has subpoenaed John Haggerty’s records and those of the state Independence Party to try to ascertain whether the expenditure of the funds violated election laws.

About 10 days ago, the Daily News
ran a story that said in mid-December John Haggerty received the $750,000 from the Independence Party and six days later, bought out his brother Bart’s share of the estate left to them by their late father, Jack Haggerty. Jack Haggerty, an attorney, had served as counsel to an upstate Republican state senate majority leader in the 1970s and later also served as Queens Republican Party leader.

TABONE GETS CONSERVATIVE
PARTY NOD:
There’s no interruption of Tabone’s party activities, even though he is challenging Assemblymember Ann Margaret Carrozza (D) for the 26th AD seat, which she has held for several terms.

Candidate Tabone has been endorsed in the Assembly race by the Queens Conservative Party, making him the R–C candidate against Carrozza.

Tabone points out that the last candidate who won a 26th AD election was Doug Prescott, who ran as an R–C candidate at that time.

Meanwhile, Tabone has taken in about $50,000 in campaign contributions for his race.

SRO FOR MALONEY FUNDRAISER:
Attesting to the popularity of Congressmember Carolyn Maloney, the announcement of her March 1 fundraiser at Mezzo Mezzo, 31-29 Ditmars Blvd., Astoria reads like a political Who’s Who.

The huge turnout is to show strong support for Maloney, who’s running for her ninth term in November. Maloney holds the key Joint Economic Committee chairmanship, so Democrats want to assure her re-election.

Heading up the affair are John Catsimatidis, Philip Christopher, Peter Papanicolaou and Nikos Mouyiaris in conjunction with Assemblymember Michael Gianaris. The minimum donation is $150.

Simotas is a highly regarded first-time candidate. A graduate of local schools, the lifelong Astoria resident has been active civically as a member of Community Board 1, the United Community Civic Association (UCCA) and the Hellenic Times
Scholarship Fund. She’s been endorsed by the Queens Democratic Party and the Taminent Regular Democratic Club.

Addabbo was joined by Pearle Vision staff members at the Wakefield Senior Center in South Ozone Park where six seniors and two younger adults had their eyes thoroughly checked out, the lawmaker said.

The staff from the Pearle store at 102-22 Atlantic Ave. also did many free vision screenings and generally helped many others checking out eyewear and presented a 20-minute lecture on eye problems that can arise

Addabbo lauded their work and urged constituents to call his office at 718-738-1111 for dates and locations of similar Pearle Vision visits.

Earlier this month, Addabbo and his staff collected 30 bags of clothing for distribution in Haiti. The clothes were donated at P.S. 88 and P.S. 71 in Ridgewood, P.S. 60 in Woodhaven and P.S. 102 in Elmhurst.

KOO LEADS COLLECTION OF $42 G
FOR HAITI:
Also working for relief for Haiti after a devastating earthquake, Councilmember Peter Koo (R–C, Flushing) led a collection of $42,000 from local business leaders. The money was given to the Red Cross to aid in its efforts to rebuild Haiti.

Koo stated: “Today we are here to assist the Red Cross in Haiti. Once again the citizens and local businesses in Flushing have shown their generosity and compassion for their fellow man.” He singled out for praise Tai Wang of WAC Lighting for her $30,000 donation.

Closer to home, Koo was joined by Assemblymember Grace Meng and Grace Lin of Chesui Digital Technologies in donating 10 sets of books to the Flushing branch of the Queens Library. The books are a mix of Chinese, English and bilingual materials to educate readers on the Chinese language and culture.

VAN BRAMER LEADS TALK WITH
MTA:
A panel of six MTA board members were pelted with questions by City Councilmember Jimmy Van Bramer and other legislators and community members about the recent cut off of No. 7 line service on weekends.

Van Bramer said the main issue aimed at the MTA was its abrupt decision recently to stop service on the No. 7 line on nine consecutive weekends between Queensboro Plaza and Grand Central Station. Van Bramer charged the disruption in service “left residents in Western Queens stranded and crippled small businesses and cultural organizations”.

Responding to the complaints, the MTA placed shuttle buses in service on an every-five-minute schedule, down from every 10 minutes, but Van Bramer demanded direct shuttle service from the Vernon-Jackson subway stop to Grand Central.

At the end of the meeting, the MTA execs promised to evaluate the demands, Van Bramer said. They also agreed to investigate noise complaints caused by loud tunnel fans going on all night in Long Island City as part of the maintenance work.

COUNCILMEMBER:
Citing the many fires in Queens recently, some of them deadly, Councilmember Elizabeth Crowley conveyed this message to Mayor Bloomberg last week: “These fires are a tragic warning and a potential predictor of things to come if we do not keep our fire companies open.”

Crowley (D–Glendale), chair of the council Fire and Criminal Justice Committee, added: “If we close one fire company, the entire city will feel the impact. Cutting fire companies places an additional burden on our already heavily burdened fire protection.”