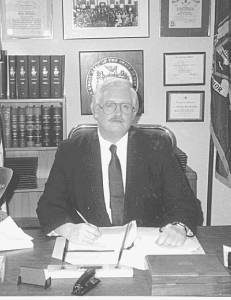 If a race for congress against incumbent Congressmember Joseph Crowley doesn’t pan out for City Councilmember Walter McCaffrey next year, the Woodside lawmaker says he’ll be "a sure bet" to run for Queens borough president in 2001.

"My first decision will be whether I’ll run for congress," McCaffrey said in an interview last Friday. "If I don’t, its a sure bet that I’ll run for borough president in 2001."

In discussing his future prospects, McCaffrey reminded us that he, Councilmember John Sabini (Jackson Heights) and Assemblymember Catherine Nolan (Ridgewood) have agreed to take a poll to see which has the most support to challenge Crowley in the Democratic primary next year. The three legislators are still smarting from the fact that none of them had a chance to succeed former 7th Congressional District Congressmember Thomas Manton when he retired.

Manton timed his retirement in such a way that there couldn’t be a primary to decide on who would take his place, and then he picked Crowley as the one to succeed him. The pact between McCaffrey, Nolan and Sabini binds each of them to supporting whomever the poll finds to be the strongest opponent for Crowley.

But a major consideration, McCaffrey emphasized, is whether New York City faces the prospect of losing one or two seats based on the census results. If the results cause a thorough shake-up in congressional lines, enough to make a congressional run not feasible, then McCaffrey said he would probably not run for congress and would then focus his sights on a race for borough president.

McCaffrey says he would present a well-rounded experience resume for either congress or borough president. He served for seven years as chief of staff to Andrew Stein, Manhattan borough president; a year in a similar position under Congressmember Manton; and will have served 11 years in the City Council when his present term expires at the end of 2001.

Already declared candidates to try to succeed Borough President Claire Shulman, whose career is also being ended or interrupted by term limits, the same fates as all the City Councilmembers from Queens, are Councilmember Sheldon Leffler (Queens Village) and Assemblymember Anthony Seminerio (Ozone Park) both Democrats. There’s also talk that former Board of Education president Carol Gresser, of Douglaston, might try for the role, and it’s expected several others will get into a crowded field.

Amidst all the problems Schools Chancellor Rudy Crew has at the moment, he has also come under fire from Assemblymember Ivan Lafayette for failing to provide summer pre-kindergarten classes for four-year olds.


Lafayette, the leader on educational issues in the Assembly, also sponsored a bill to fund summer pre-K programs. It has passed in the house, but will probably go no farther as the legislative session has ended for the year, except to try to get a budget passed. Unbelievably, the budget is 91 days late as of the writing.

In a recent letter to Crew, Lafayette complained: "I know the Board of Education has priorities, but I cannot believe they don’t consider children entering kindergarten with pre-K experience at the very top. By enabling children to attend pre-K, we know they can reduce up to 50 percent of the students that go into special education, and reduce the need for English as a Second Language and other pull-out courses."

Lafayette pointed out that there’s plenty of air-conditioned classroom space available and teachers to conduct the classes, too.

Lafayette said he tried last year to convince Crew to accept his proposal, but that strategy didn’t work then either. He said its "crucial" to give overcrowded school districts the opportunity to have summer pre-K, and his Assembly-approved bill does that. It provides that even though a school district doesn’t have space for pre-K classes during the regular school year, that district should be eligible to receive funding for a summer pre-K program.

A segment of homeowners are in line for some real estate tax relief if Governor George Pataki signs a bill introduced by state Senator Frank Padavan (R-C/Bellerose) which has passed, both houses.


The bill applies to homeowners whose homes were built on land that had previously been owned by the city and thus was commercially zoned. Even after the homes are built on these properties, which were taken by the city for tax delinquencies, the new homeowners are taxed under the higher commercial tax rate because the city assessor’s office doesn’t do the paperwork quickly enough to change the tax classification to residential.

To speed up the change, Padavan’s bill lets the city’s Department of Finance take on this job because he figures that bureau can get the job done quicker. Padavan said that since this type of housing was built since 1987 under the Urban Development Action Area Project (UDAPP) program, about 800 homes have been built each year. That’s about 10,000 homes where a lower tax rate would be welcomed.

Anticipating that the transmission of unsolicited e-mail advertisements will become a major problem in the future, Assemblymember Margaret Markey (D-Maspeth) has introduce a bill to require the sender of such an ad to sign their message and also include their name, address and telephone number so anyone who wants to can contact the advertiser off-line to request that his name be removed from the advertiser’s contact list. An advertiser would be fined $100 for each unsolicited e-mail message.


This is just one item of Markey’s privacy protection legislation, which is supported by both Assembly Speaker Sheldon Silver and Attorney General Eliot Spitzer, Markey said. She said her bill will "strengthen an individual’s control over personal information and limit exposure to financial and possibly personal harm."

It’s been quite a few years since state Senator George Onorato gave up a union leader’s career to go to the senate, but present-day labor leaders still can be counted among his top supporters. Several were in attendance last Wednesday night when Onorato hosted a fundraiser, among them representatives of the police, firefighters and fire officers unions among others. In all, about 350 tickets were sold at $75 per ticket to help Onorato retire last year’s left over re-election expenses.


On the legislative front, Onorato said that the pesticide notification bill introduced by the Republicans "Falls far short of the goal of letting all New Yorkers know when noxious and possibly carcinogenic chemicals are being applied on their neighbors’ lawns."

Onorato explained that the GOP bill applies only to New York City, Westchester, Nassau and Suffolk, but the bill "flies in the face of evidence that cancer rates are particularly high" outside the city, so the bill’s coverage should be expanded and applied statewide. Democrats tried to amend the Senate bill to do this but that strategy didn’t pass. Onorato hopes his plan will be adopted when an Assembly-Senate conference committee takes up the bills.

United States Senator Charles Schumer (D-New York) is also concerned about possible illegal and harmful uses on the Internet. He called on Senate Banking Chairman Phil Gramm (R-Texas) to hold hearings on his [Schumer’s] Online Investor Protection bill, which aims to crack down on Internet fraud." Con artists are taking the old scams and simply applying them to the Internet," Schumer stated.


Under his bill, penalties for Internet fraud would be doubled and funding for the Securities and Exchange Commission (SEC) would be increased to root out fraud. The legislation would also require online brokers and investment advisors to provide Internet links to investor education and fraud prevention web sites.

In another action, Schumer recently appointed Pedro Arboleda, a business development and marketing specialist, to his staff to pursue Schumer’s efforts to keep jobs in upstate New York and to attract new jobs to the region.

Concerned that the current compensation received by crime victims is "pitifully insufficient," state Senator Serphin Maltese (R-C-Middle Village) has filed legislation to allow past earnings to be considered in awards by the Crime Victims Compensation Board.


Maltese said that in many instances, crime victims lost their jobs either because of absences traceable to trauma, or to hide from a batterer. The reduced income results in a lower award. Maltese says, "It is only fair that past earnings be considered when compensating currently unemployed victims."

During recent consideration by the House of gun control legislation, Congressmember Carolyn Maloney (D-Manhattan/Astoria) joined with colleague Anthony Weiner (D-Brooklyn/Queens) in introducing a bill to require that all handguns be issued with personalized "smart gun" technology.


The bill would require that all hand guns manufactured in five years be equipped with palm print recognition. It would also fund research into this type of technology. Referring to the bill as "common sense legislation," Maloney said that we not only must restrict access to guns, but "we need to make guns safer." The bill, she explained, would simply require that guns be manufactured in such a way that "used by anyone other than the registered owner" would be prohibited.

Since the state Senate failed to address several attempts at legislative ways to improve seniors’ benefits, state Senator Daniel Hevesi (D-Forest Hills) is hoping that budget negotiators will include them in the final budget that goes back to lawmakers for a vote.

Other steps that should be taken, Hevesi said, include increasing the income limits in the Elderly Pharmaceutical Insurance Program (EPIC) so that more seniors can qualify for the program, and increasing funding for the Expanded In-Home Services for the Elderly Program (EISIP) and for the Supplemental Nutrition Assistance Program (SNAP).


Crowley said the grants, a quarter of a billion dollars’ worth, will support projects that will "substantially increase" the employment rate of out-of-school youth living in selected high-poverty neighborhoods.

Citing the program’s record in New York City, Crowley said the plan was successful "because they fund community-based initiatives focused on giving young people the tools to find and keep jobs." Local agencies have until Sept. 30th to apply for grants.

Since New York’s teaching hospitals are having financial problems and funds to teach new doctors are scarce, United States Senator Daniel Moynihan (D-New York) has proposed a new way for the federal government to subsidize the teacher-training costs.


Moynihan would have Congress create a dedicated medical-education fund into which Medicare, Medicaid and private health insurance company funds would contribute. This would provide a reliable source of dollars rather than chance an annual appropriation by Congress.

New York hospitals train 15 percent of the nationals interns and medical residents, who in turn treat in the main indigent city residents who can’t afford private doctors or health insurance coverage. So it’s important that the flow of new doctors into the medial ranks not be cut off.

As part of Moynihan’s new plan, the supplement paid by Medicare to teaching hospitals would be frozen at the present 6.5 percent; money being paid by Medicare to managed care companies to cover "charity" cases would be redirected to hospitals for the indigent care they provide; and funding would be increased for hospitals that train nurses and health care professionals.

In order to protect toddlers against scalding themselves as a result of playing with hot water dispensers, Assemblymember Mark Weprin (D-Bayside) has introduced a bill requiring merchants to provide written notice that child safety devices are available without charge to persons buying or leasing them.


Weprin learned of the dangers involved from the hot water dispensers when his two-year-old son Samuel pushed the cold water lever on a dispenser in his office.

"Had I not been standing nearby or had he pressed the hot water lever, he could have been severely burned," Weprin explained. 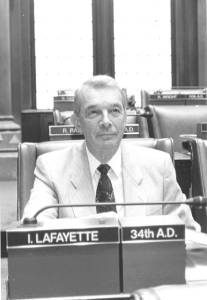