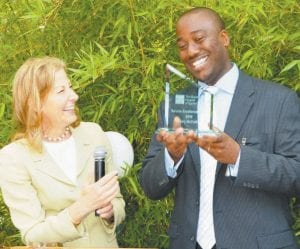 The Mount Sinai Hospital of Queens marked its ninth anniversary on June 24. While the hospital has served the community for nearly 100 years under different names, it wasn’t until 1999 that it became Mount Sinai Queens. The first and only community hospital to bear the prestigious Mount Sinai name, it is unique in the community, as it does not merely have an affiliation with Mount Sinai. It is a fully integrated part of Mount Sinai. 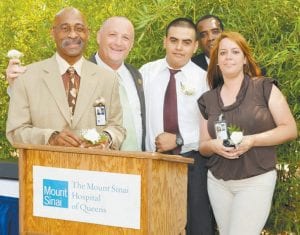 "We are so happy to be celebrating nine years as Mount Sinai Queens," Executive Director Caryn A. Schwab said "We are fortunate to serve such a diverse and caring community. Our goal is to listen carefully to the needs of our neighbors in Queens and meet those needs by always providing excellent care and service." 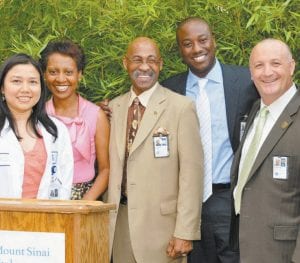 The hospital held several events to mark the special occasion on Wednesday, June 25, including a hospital-wide celebration during the day as well as a reception for physicians in the evening. As part of the celebration, Mount Sinai Queens honored its best and brightest from 2008, conferring awards in several categories. Clinical Nurse Manager Claudine Brown, RN was honored as Manager of the Year; Yin Mar, PA, a Physician’s Assistant in surgery, was named Employee of the Year; Vidya Patel, M.D. is House Physician of the Year, and Sarhana Satti, M.D. was named Attending Physician of the Year. The hospital’s Security Department was designated Team of the Year and Medical Staff Director Gary McCollin received an award for Service Excellence.

As the hospital begins its 10th year as Mount Sinai Queens, the focus is on keeping pace with the growth in Queens. In addition to continuous quality improvement and a keen focus on patient satisfaction, the need for expansion of the hospital remains a top priority. Schwab stated, "We are actively working on plans to expand Mount Sinai Queens. We are encouraged by the broad-based support from the community and look forward to growing together."

Mount Sinai Queens, a 235-bed licensed acute care facility, provides adult medical and surgical services, with a team of more than 400 voluntary physicians representing 36 specialties. In addition to the main hospital setting, the hospital serves the community through:

• Ambulatory Surgery Center, a hospital based outpatient surgery center, and