Book Review of Joanna Eleftheriou’s This Way Back 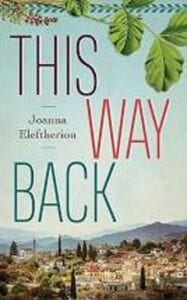 Seeing our world through the next generation gives me hope for the future. Dr. Joanna Eleftheriou is a graduate of the Greek American parochial system of Queens, New York. She attended high school in Cyprus and an Ivy League education at Cornell university. Her book gives the positive outcome of a traditional, classical Education. She is a leading, well-known professor in the United States.

The chapter on “Wild Honey, Locust Beans” gave me an insight into the carob that is healthier than meat. Carob trees are widespread in Cyprus, where she spent her youth. She describes in detail her love of carob cultivation. As a teenager, Dr. Eleftheriou gathered and sold them in the market of her town of Asgata, Cyprus. Carobs are important in the economy. Collecting carobs and her life in Cyprus brought her an appreciation of nature. In this chapter, she describes the evangelist Luke’s words of “filling his belly with the carobs that the pigs were eating.” I did not know carobs were a means of nutrition. She opened my eyes.

An essay “The Other Side” describes her traveling to Northern occupied Cyprus with a friend. That was bravery of the highest order, for a Greek to travel to Turkish occupied areas. I travelled to the “Katehomena” (Occupied Northern Cyprus} with Dr. Eleftheriou. The tourists came across highway signs that describes Turkish pride. Northern Cyprus is becoming non-Greek. Dr. Eleftheriou saw firsthand the destruction of Christian, Greek Northern Cyprus at the “gateway to the Middle East”. 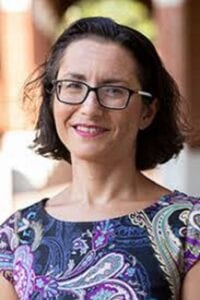 The chapter on “Inheritance Law” described the ramifications of inheriting land with several owners. Complicated. Her grandfathers’ land remains forgotten, because of the inheritance law. Dr. Eleftheriou believes “the meaning of inheritance law: that a person has a right to what their parents did, and to the place where their parents lived. As an American, I buy into the fence fantasy of the self-made man, but when I look at my life, I know that everything I have, I have because of the law of inheritance. And it is because people have to die that people like me enjoy what was theirs; it is because the land they made theirs can’t follow them into the afterlife that it goes, by law to us.”1

The chapter “Without Goodbyes” describes her research in her Asia Minor heritage. Learning her roots, helped the author understand her past and present. “Epilogue: Moonlight Elegy” shows the author’s appreciation of nature through running in the mountains and seeing the moonlight. “On moonlight nights you can see the footprints of God scintillating on the sea,” she said.2   Inspiring as is her many ideas in her essays. The book is dedicated to her teachers, firstly her parents and family. Dr. Joanna Eleftheriou is an assistant professor of English at Christopher Newport University. A contributing editor at Assay: Journal of Nonfiction Studies, she lives in Virginia. Her essays, short stories and translations have been widely published.